Taking It Back, Tuesdays #9

I think this is the last post of this series, unless I can think of more stories that won't get me in trouble for sharing... I'm running out of exes! (Thank goodness.) 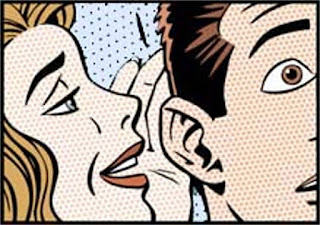 I had two boyfriends in my high school years, and this one was the second. He was older. And by older I mean one whole grade older -- which made him SO much cooler than me (at least that's what he made me think). This is the story of how he helped spread a false rumor that I had gonorrhea in high school.

Mid-way through my junior year of high school, when I was dating The Not-So-Virginal Virgin, I contracted mono. I got horribly sick and had no idea why my throat was so sore, so I went to the doctor. She examined my throat and saw the infection taking over. She asked, "Are you sexually active?" Considering my boyfriend was a virgin, I was confused by this question.

Are we talking about BEFORE I started dating him? The Not-So-Virginal Virgin considered me something of a slut for having slept with one person. He was waiting for marriage. Or are we talking about the hand and mouth stuff that "virgins" are totally cool with? Apparently, if you give head to a guy who has gonorrhea, you can get the infection inside your mouth. Geez, that is fucking disgusting and so NOT what I had. But I made the mistake of telling my boyfriend what she said.

He was not pleased with the test results showing I had mono, either. "How could you get mono if I don't have it?" The stupid "kissing disease" can be passed around in lots of ways, asshole. I'm not a cheater. Anyway, I felt like absolute crap...and he made it worse. He dumped me.

He said he couldn't risk getting sick because of his "volleyball career."

So I was completely sick for a month, my boyfriend broke up with me and went to prom with someone else, and my other high school ex (The Bad Boy) called to make sure I didn't have gonorrhea....a rumor he heard at school in my absence. Awesome. Junior year was a great year.

FYI, The Not-So-Virginal Virgin boned his next girlfriend. His punishment for having sex before marriage? She hated sex. Sucks for him.

Labels: Crazies, Lady Parts, My Past, Sorry Family, The Not-So-Virginal Virgin, This is Awkward, Why He's Single