My Date with a Pro

No, you guys. I did not solicit a prostitute. Times are tough, but they're never that tough.

I believe that the best way to get over someone is to crush on someone else. So I got my butt back online and responded to a message from a guy who seemed nice. I couldn't tell if I was attracted in photos, so I figured we should just meet and decide then.

The Pro invited me out on a Friday night to a cool little gastropub near my house. I put on my big girl heels and met him outside the bar area, which was packed. He was a little guy, but his smile kept me attracted. We decided to venture somewhere else since the bar was so full (Guys, you should really plan for that situation) and walked to another nearby spot, which was also standing room only. Shocking. It's Friday night. We walked a little bit farther to one more restaurant, and decided to stick it out and get drinks while we hovered for seats.

Our conversations were pretty smooth until he asked me about my experience on the site. I told him I'd been on more than one date with two different guys. He replied that he's been on JDate (not the site we met on) for TEN years. Wait...what? 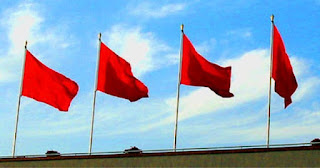 Apparently, his Jewish mother suggested he join and he's been on there ever since. He considers himself something of an online dating professional. Umm...but he's only been on a couple second dates...EVER. I'm sure he saw the shock on my face; I couldn't hold it back. "No relationships have ever come from your online experiences in ten years? And wait, you're 32...so you've been on there since college?"

At least my cocktail was delicious...I went home at about 10pm that night only to receive a text from The Busy Builder minutes later. Oh, fuck my life.