Sandwich Guy is NOT a Hipster 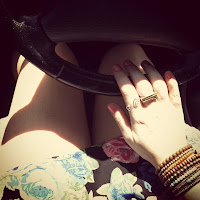 Friday of Coachella Weekend I drove my hipster gear to Hermosa to pick up Sandwich Guy. He asked me to drive us to the festival because his "classic" car wasn't reliable for long trips. (-10 points, I hate driving) When I got there he was super excited and had even packed us some snacks. (+5 points, I love snacks) A few hours later we were close to the hotel we were staying at and stopped to get a bite to eat. He ordered us ONE turkey sandwich to share... One sandwich. (-5 points) Whatever, I'm going to Coachella!

We hurriedly threw our stuff in the room and took a cab to the event. It was fucking hot, but cooling off as the evening performances began. The first night was pretty smooth, considering Sandwich Guy has no idea who is performing at this festival besides The Black Keys and Snoop/Dr. Dre. (+10 points, I get to pick our shows) The trouble is, he doesn't like house music (a key part of the event) and also didn't really want to drink. Sooooo we're in Indio with a million amazing bands you've never heard of, you don't want to party, and you don't want to jump around in a crowd of people on ecstasy? Why are we here?? The Black Keys were amazing, and as he stood behind me with his hands around my waist, I felt confident about the weekend. This was going to be a really special memory.

Saturday was a fresh day, and I was ready to party! It was a little weird getting ready in front of a guy this soon. I much prefer to appear looking cute without him seeing the effort behind it. But he told me I looked really cute, and that made it better. (+10 points). I suggested we drink a fair amount before heading to the fairgrounds, but he declined. Ugh. I told him we needed to find a bank because I'd only brought $100 in cash and we used it on Friday night since he "forgot to get cash." (-5 points) I thought surely he would pay me back when we went to the ATM, but no. Instead he suggested he carry all OUR money for the day. Hmm. Halfway through the day, I was sober and annoyed with him but he made up for it all when he helped push me to the front right to watch one of my favorite bands: The Shins. (+10 points, for being a man) I couldn't help but think about The Aussie...somewhere in the same crowd, cuddling up to his new American girlfriend. And I'm here with this guy. That night I told him I was too tired for anything sexual, since I was sweaty and dirty. It was only partly true. I could tell he was pissed, and I didn't care...
Posted by Lindsay at 8:35 AM

Labels: Crazies, Dealbreaker, My Past, Sugar Daddy, The Aussie, The Sandwich Guy, Why He's Single