After our fourth date where I planned a night of Japanese BBQ and drinks at a cool bar, The Busy Builder got...busy.

The texts came fewer and far between. I started to feel perhaps he's not that into me. Stupid sex ruins everything! But there was a light at the end of the tunnel. Wayyyyy back on our second date (okay it was only about two weeks before), he had invited me to see one of his friend's bands play. And it was coming up! I was pretty excited to potentially meet some of his friends, and dates with music involved are my favorite. And considering how "busy" he is with work, it was awesome to see him planning ahead!

The Friday before the Saturday night show, I had a really stupid meeting about websites at work. I snuck away for a moment and checked my phone...there were a few messages from The Busy Builder.

"Hey, so I'm really sorry but I'm going to have to cancel tomorrow night. It's my grandma's 90th birthday, and I totally forgot. Sorry."

Lies. That HAS to be a lie.

I texted back in an attempt to be funny..."That's fine. But if this is your way of blowing me off, pretty bad to bring your grandma into it ;) "
A winky face makes it a joke, obviously.

I checked my phone obsessively the rest of the day, but he never responded. Fuck. I'm such a bitch. Or wait...he's the dick! Why isn't he at least responding to let me know if that's the case? UGH. I waited all night for something from him, but it never happened. At this point, I figured it's over. But I just couldn't give up, so in the morning I went to release some of my frustration... 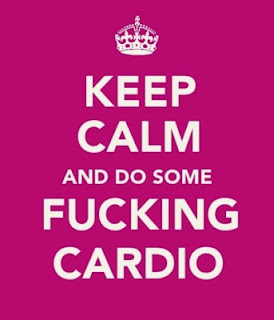 And I sent one last text after my workout, asking for him to at least respond since it wasn't like him to just disappear. He wrote back and claimed:

How much of this is true, I'll never know. Is this just a fluke? A stroke of bad luck? Should I continue to pursue this guy? Or is this a sign of things to come?
Posted by Lindsay at 8:37 AM